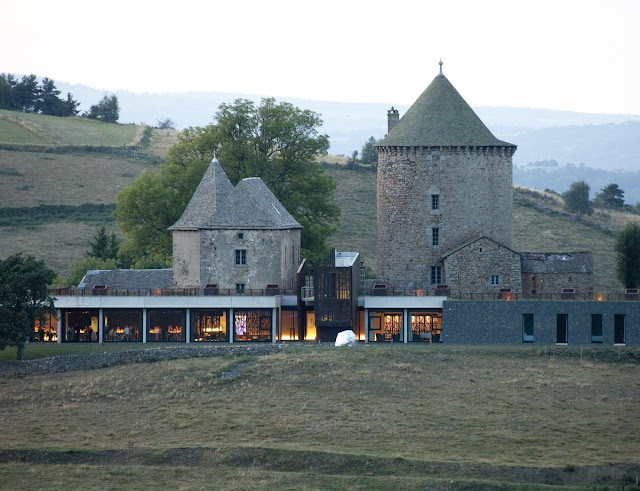 The Portait of the Chef

Born in 1977 in Clermont-Ferrand, in a Portuguese family of 5 children, Serge Vieira is a passionate industrial designer who should normally have led him straight into a Design Office as the figurative graphic language is so familiar to him but he finally turns to his other passion: cooking.

After his apprenticeship in Dominique Robert's restaurant in Chamalières, he won his first competition, that of "best young chef in Auvergne-Québec". He's only 20 years old.

From there, it was the beginning of a long ascent for the young man who then joined Bernard Andrieux's prestigious restaurant in Clermont-Ferrand, before joining the team of Château Marçay in Chinon, classified as a Relais & Châteaux. Then, he became Party Leader and, soon, in love... by meeting Marie-Aude, who would become his wife.

From this moment, together, they join L'Espérance in Saint-Père-sous-Vézelay at Marc Meneau's, 3 stars at Michelin, and there, it is the revelation... During 3 years and a half, Serge Vieira discovers the working field, observes and learns. They went then to the Auberge des Cimes at Régis Marcon's in Saint-Bonnet-le-Froid where, noticed for his talent by the starred chef, he invited him to present himself at the Bocuse d'Or, the most prestigious competition in the field of gastronomy. Qualified, he prepared intensely for the competition for several months under the watchful eye of Régis Marcon, who guided him and surrounded by a team of top-notch French master cooks: Jacques Décoret, Éric Pras and Davy Tissot. He won the Bocuse d'Or in 2005, at only 27 years old.

Located in the heart of the medieval castle of Couffour, a listed historical monument, in the commune of Chaudes-Aigues, Restaurant Serge Vieira is a special place where beauty, simplicity and authenticity go hand in hand with the excellence of an inspired cuisine.

A rewarded cuisine. Because in this exceptional restaurant, which is doubly Michelin starred and classified as a Relais & Châteaux, it is a whole spirit of family cohesion that blends with the flavour of the dishes, their presentation, the service and the decoration. With Serge Vieira for the aesthetic and artistic dimension and with Marie-Aude, his wife, for her discreet and warm presence at the reception and in the room. A true alchemy giving the restaurant a soul and from which emerges a magical and completely atypical atmosphere. In the heart of nature, let yourself be guided in this unique place and come and discover the secrets of the starred chef.

From his childhood in Auvergne with a Portuguese family to his time in the most prestigious houses, with three Michelin stars, to which are added countless trips around the world, it is all this journey that is reflected in the dishes he proposes and his specialities. A graphic and wonderfully bold cuisine, scattered with wild herbs with delicious flavours. A top-of-the-range cuisine as precise as it is balanced, always based on local quality products. Yes, with Serge Vieira, be sure, the surprise and emotion are there. Come, sit down, taste and enjoy. 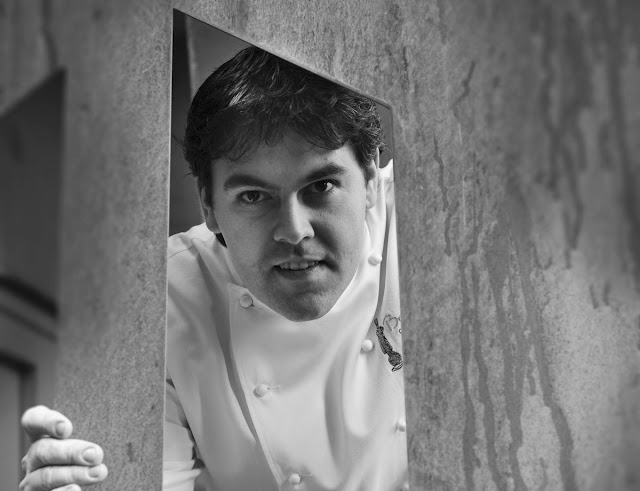 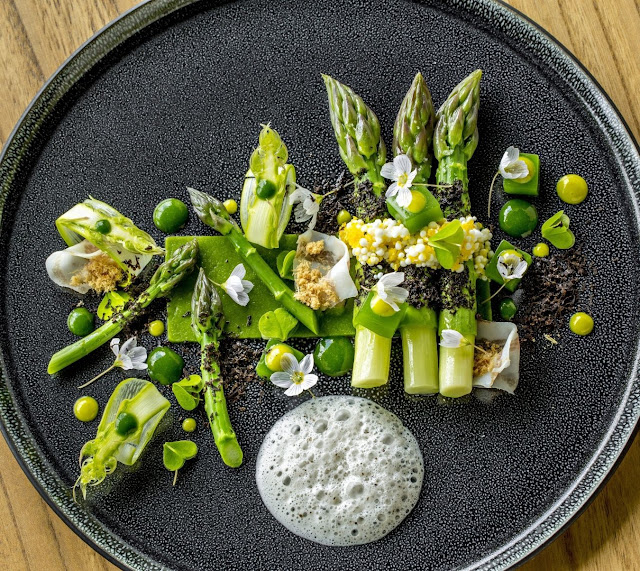 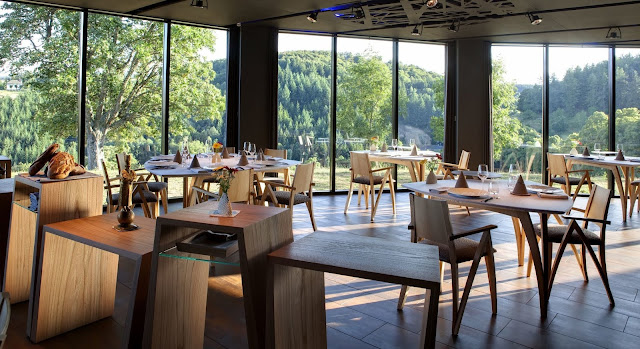