Where do the names of the Normandy beaches of the D-Day come from? 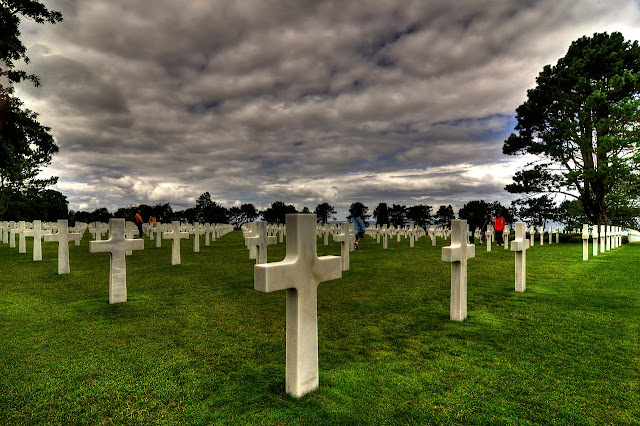 Utah, Omaha, Gold, Sword, Juno... It was necessary to give code names to the beaches of the Normandy Landings, but why did they receive these precisely? What do they mean by that? Christophe Prime, historian and head of the collections at the Caen Memorial, answers our questions.

Omaha beach and Utah Beach were named after the city and state of origin of two American non-commissioned officers involved in operations on these beaches. "It was in the map room that military chief Omar Bradley made the decision to call these two beaches Omaha and Utah," explains the historian of the Caen Memorial. He simply asked the two NCOs present where they came from in the United States and that's it!"

Fish names
For Gold and Sword, it was the English general Montgomery who decided to give them fish names on his beaches: goldfish and swordfish. "Finally, we shortened and renamed these beaches Gold Beach and Sword Beach," says the person in charge of the collections at the Caen Memorial.

Juno could have been Jelly
The last beach was to be called Jellyfish, again according to Montgomery's idea. But it would have been short for Jelly, which seemed inappropriate for the Military Staff and ominous for the troops, who were reluctant to end up in a marmalade at the foot of the Atlantic Wall!

Code names to fool the enemy
"We had to find names that had no real logic, that it was simple and that there were no repetitions with other ongoing military operations," said Christophe Prime. The idea being that the Germans cannot deduce anything from this.
But the Allies had some fears because in the week before the D-Day landing, the names Omaha and Utah appeared in crossword puzzles in the British newspaper Daily Mail.  "The Allies got scared, they really believed that information had been disclosed! ", underlines the historian of the Caen Memorial.
And finally, after an investigation by the intelligence services, the appearance of the names of the landing beaches in the Daily Mail crossword puzzles was pure chance.