How to participate in Paris Fashion Week without being (formally) invited 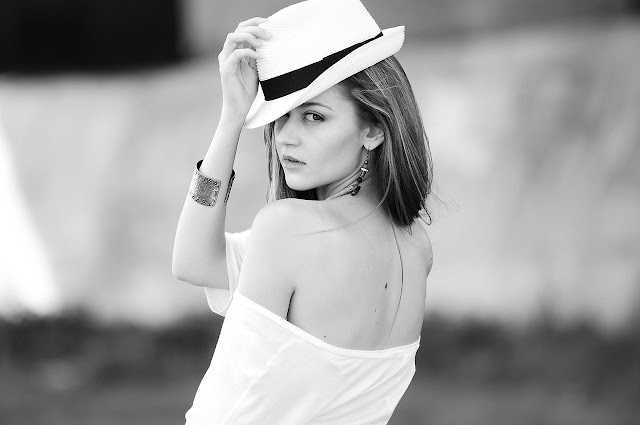 The Parisian event is not just a succession of parades reserved for journalists, influencers and celebrities. Alongside the shows, there are a lot of appointments and popular fashion venues, accessible to all.
Here is my selection.

It's good to know that fashion is on display during Fashion Week. A perfect opportunity to hone your fashion culture, notably with the exhibition "The Exhibitionist", the flagship event of this fashion week, which retraces the world of Christian Louboutin at the Palais de la Porte Dorée. From his iconic Pigalle pump to the astonishing mackerel shoe, the designer stages more than thirty years of career in the service of his red sole.
Shoe afficionados will not miss the opportunity offered by the exhibition of "Marche et Démarche" at the Arts Décoratifs Musuem to discover the history of footwear through 7 centuries. At the same time, the museum proposes to plunge into the pages of Harper's Bazaar magazine.

Also, the Azzedine Alaïa Foundation invites you to discover a cross-portrait of the Franco-Tunisian creator and Cristóbal Balenciaga, whose work was nourished by an obsession with forms.
In the duo series, father and son Demarchelier form the other tandem which is exhibited this week at the A.Galerie.
Finally, a tribute to the Betty Catroux wardrobe will close the Paris Fashion Week at the Yves Saint Laurent Museum.

The madness of pop-up stores

Fashion Week means pop-up stores. Announced by Virgil Abloh, Off-White's pop-up store promises to make a splash in view of the crazy scenes that the brand and its artistic director trigger at each temporary event. Located at 229 Rue Saint-Honoré, the ephemeral store will showcase eyewear and jewellery available exclusively at this point of sale.
The American designer was also present at the pop-up store in homage to Colette, a trendy Parisian concept store that closed in December 2017. Located at the Kitsuné Tuileries store, it will host several collaborations including exclusive capsules with the French label and Off-White, from February 26 to March 1.
Instagram fans can meet at Galeries Lafayette Champs-Elysées. The social network takes its quarters there with brands adored by influencers such as Rouje, Alexa Chung, Susan Alexandra.
Finally, the exhibition "À deux c'est mieux" which has just started at Le Bon Marché unveils collaborations and selected pieces around the theme of love. In particular, Morgane Sézalory, founder of Sézane, proposes a shared wardrobe and Morgane Ortin, creator of the Instagram account "Amours solitaires", reveals anonymous statements.

Paris Fashion Week is also the familiar places in the fashion world. Some find themselves in the soft and cosy armchairs of the Hotel Le Hoxton to start the day, others look out for a table at the César, a restaurant prized by the models of the moment like Bella Hadid. Gigi's favourite is the ham and butter sandwich at the Café de Flore when she takes a break between two fashion shows. In the evening, some go to Le Carmen, while others prefer the hushed atmosphere of the Lapérouse restaurant before starting a crazy night at the Silencio, the fashionable place to be.