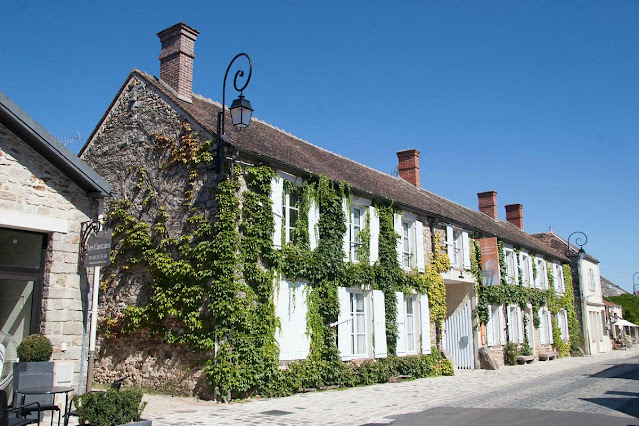 Barbizon, it is the bohemia and the nature at 50 km from Paris.
In 1849, Paris was hit by a cholera epidemic, which killed 70,000 people in the capital. The painters Jean-François Millet and Charles Jacque decide to shelter their family in a hamlet at the edge of the Fontainebleau forest. Barbizon becomes a nebula of painters, inspired by its beautiful luminosity, and the evocative power of the surrounding nature. In a little more than half a century, a hundred of them resided there, Corot and Courbet came to immortalize some of the viewpoints.
Today, one likes to stroll in the paved lanes, with their houses covered with ivy or honeysuckle. And at the end of the village, you have direct access to the forest of Fontainebleau, the largest forest in the Ile-de-France, its rocky chaos in the middle of a sea of sand, its sandstone blocks that emerge in the middle of clearings.